Tonight! Tune in as we join Scobee Education Center for another virtual event.

Presenter: Frederic Allegrini Title: The nightlife of a space nerd Bio: Frederic grew up in Switzerland and got his astro bug… well… when he was a small kid. He was fascinated by rockets and had the dream of building a big one. Today, he is not quite building rockets, but has built or has contributed to a bunch of scientific instruments that are flying into space. His father, a photographer, instilled curiosity by giving him a camera as a present at a young age. Later, Frederic took pleasure in exploring the night skies with his telescope. All of these interests and passions merged into night- and astro-photography. He is fascinated by shapes, textures, and colors. He recently started focusing on all the wonderful things we have on Earth and in the sky, and put them in relation. 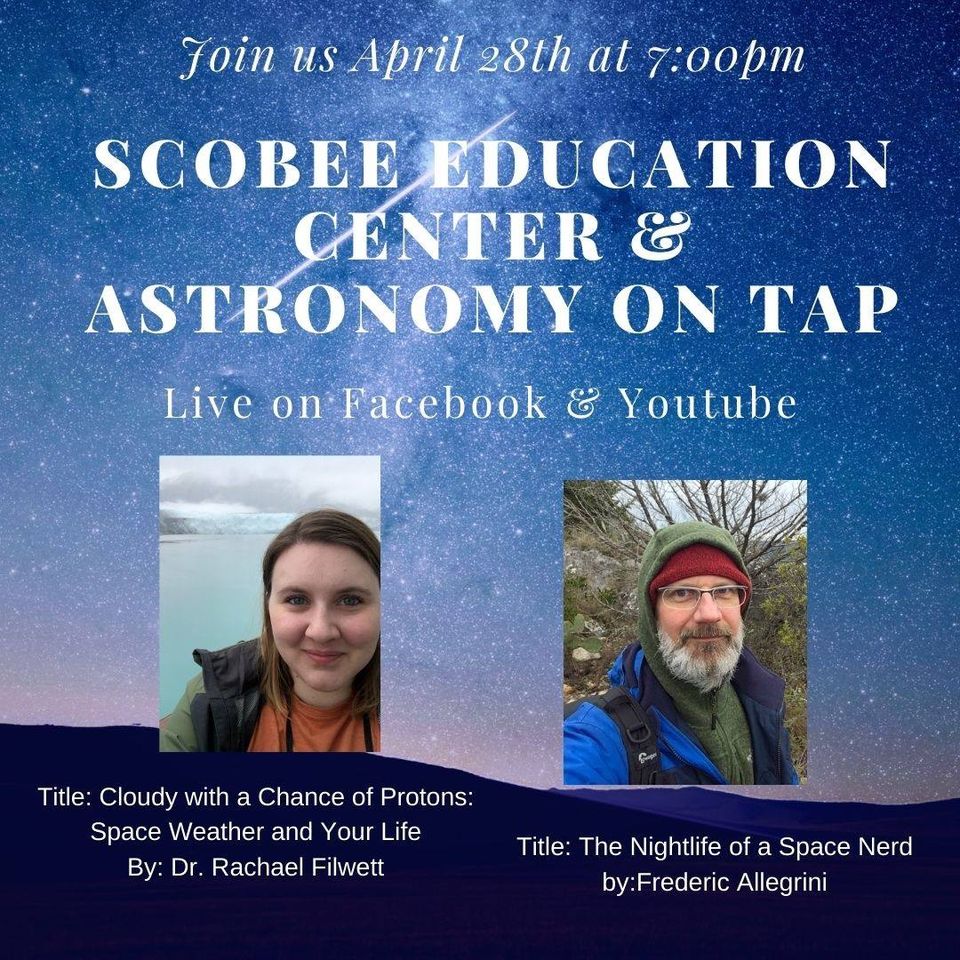